Up until 2 years ago, I was repulsed by the idea of dating a younger man. The one-two punch of social convention and emotional need ruled out anyone more than a year or two below me. My dream guy was older, smarter, and wealthier than me. I was not picky about looks or height (despite being 5’9″). I am the proud owner of a celebrity crush on Paul Giamatti. Give me brains over brawn any day. I certainly had nothing to prove, no biological clock demanding I reproduce.

My younger friends did not like to talk about men with me, expressing concern that my presence would salt their game. With a laugh I reassured them that we were not in the market for the same guys. While they longed for a strapping 24-year-old with a pick-up truck and steady employment, I envisioned a divorced regional manager with distinguished gray at his temples. My guy had to make conference calls to Tokyo, while their guy was in the pee-on-the-side-of-the-road phase of his traveling style. Their guy wasn’t a lemon, he just didn’t know what he wanted yet. Nor did he have to. I knew what kind of guy they liked because I had liked him too at their age.

But as of 2015, the life bus has driven me considerably north of 30. Not that I don’t love being told I don’t look my age. But I feel that has to do with my singular lack of romantic experience. I’ve never been in love or had my heart broken. Of course there have been disappointments, rejections given and received. My brother told me that I’ve been on dates ‘and just didn’t know it’. This means that I have less than half the baggage carried by 99% of women my age. In so many ways I’m grateful for this. But the more time goes by, the stranger my situation feels. I’m middle-aged in name only.

Which leads to this: Four years ago I met a guy who caught my attention, only to find out he was 15 years younger than me. Automatic NO. Dismissed him immediately from my thoughts. I even became friends with his mom. Two years went by, and he made his way into his mid 20’s. He was tall and nerdy and nice, cerebral and athletic despite his aversion to watching sports. He owned a top hat. A Doctor Who/Bill Nye/George McFly who worked with the disabled. I fought it, I really did. But when so much of what you’re looking for takes human form, you can’t help but notice.

This flew in the face of my own rules. Oh the ridicule that awaited me–not to mention the girls I had smugly assured of my non-interest in ‘their’ men! What could I do? How could I go about this? What would his mom say??? He and I were friends in our own right, but seeing him in ‘that way’ was uncharted territory. And unlike previous encounters with guys I liked, I had to remain calm. No giggles, no overt flirtatiousness. I was an ‘older woman’, even if mistaken for younger. Inevitably the question would find me: ‘So how old are you exactly?’ That’s when two people who look good together suddenly become ‘inappropriate’. I go from ‘that nice girl Joye’ to ‘cougar with something to prove’.

But I decided to put all of that aside and take the social risk. How often are you in public anyway, compared to your overall time in a relationship? If people can’t hate on you for one reason they’ll find another. I had stumbled upon a guy who would have no problem with my 3-dimensional self, someone who defied labels and would never slap one on me. So I let him know of my interest, adding that it was just an FYI with no response necessary. I’m at an age where I don’t need closure, where silence says all I need to hear. About a week later, he told me that he had given it a lot of thought and decided it best we stay friends.

Sigh. But what a guy.

That’s just the mature, grown-man thing you want a guy to do, whatever his age. Even though he wasn’t feeling me, my instincts about him were right. You know, once I listened to them. The experience taught me that the things you want don’t arrive in the expected package, that social norms can’t make the final decision.

Among the select few I shared my intentions with, some said ”Why don’t you pick a guy your age? Do you just want a younger man?’ Aside from the fact that I don’t know any single men my age, the question implies that out of the plethora of men who throw themselves at me, I decided to rope a young buck. I no longer believe in ‘I only date this type’. But I guess that depends on what is meant by ‘type’. In truth, my type is a nice guy who makes mature decisions. And if he happens to be younger, I am now grown-up enough to handle it. 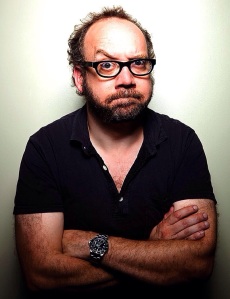 Author of Cress in Waterbee. It's good. Twitter handle @johnson_joye